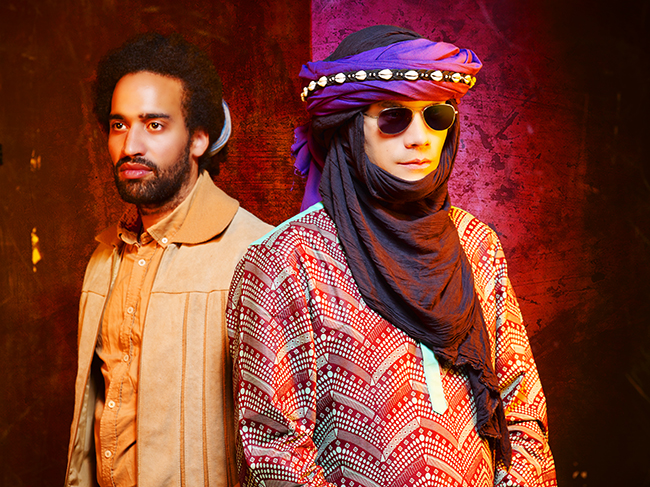 BAFANG is like a dugout canoe in space. At the point where your limits converge. Tribal, Celtic, ephemeral music – destined to remain perceptible or become intelligible. You’ll agree. But as we all know, some stories are not meant to be told…

Supported by the Cargö (Caen – France) and the Tangram (Evreux – France) in 2018 and 2019, the band has made a name for itself after playing at festivals such as Papillons de Nuit, Beauregard, Chauffer dans la Noirceur, Reggae Sun Ska, Transmusicales or Afrika Tage.

BAFANG has also been selected by the french ROLLING STONE magazine as one of the best acts of the Transmusicales festival of Rennes (2018): “The result: a sonic purity that manages to evoke as much the blues of the Bombino desert as the rock n’ roll of Band of Skulls or Royal Blood”.